Alison received a valve replacement in 2018 and is feeling better than ever. Alison brings a passion for sharing her story and raising awareness of heart valve disease to her role as trustee. Read more of her story.

Days before being admitted to St Thomas’s Hospital, London, Alison Banayoti was walking her dogs as she does everyday and thinking about her impending surgery. Fourteen years after being diagnosed with aortic and bicuspid heart valve disease, she was finally getting the treatment that she had been waiting to receive.

In 2005, at the age of 45, Alison was diagnosed with heart valve disease after she experienced what she referred to as a “funny turn.” At the time she was a busy mum chasing after a toddler and was worried when she began to experience what can only be described as a rubbery weakness down one side of her body in her leg and arm. She immediately reported her experience to her GP who suspected a mini stroke and referred her to the hospital.

In hospital, Alison received a number of tests including a CT, MRI and carotid artery scans which all proved to be negative for stroke. She was then referred to the department of elderly medicine (much to her amusement, as she was still under 50), where a consultant picked up a heart murmur using a stethoscope, and told her she needed to see a cardiologist.

After receiving an echocardiogram she was eventually diagnosed with aortic and bicuspid heart valve disease. For Alison, a mum to a young child, it was a shock to discover that her health might be compromised by heart valve disease. Luckily at the time her symptoms were neither persistent nor severe, and with regular monitoring, she’d been able to raise her only child as normal – for which she is incredibly grateful.

Over the the 14 years following her diagnosis, Alison had attended special clinic once a year for an echocardiogram (ultrasound scan) and began learning more about the disease and researching treatment options. It was important that she knew as much as she could and wanted to be fully involved in all decision making. She got used to the occasional palpitations between check-ups, and was rarely put off taking her daily two-hour walk with her dogs. “My cardiologist, who is fantastic, assured me that the palpitations in themselves would not kill me, and I believed him.”

Reassured, she continued to carry out routine activities until 2017, when the episodes of palpitations started to last longer, make her more tired and affect her life. She had a procedure called an ablation, to try and correct her abnormal heart rhythm and it was at this time she was was told that it was time for treatment for her heart valve disease.

Having carefully planned her treatment pathway with her cardiologist and the team of nurses and clinicians, all that remained was a final echocardiogram in October of 2018 at St Thomas’s Hospital, London, where her surgery eventually took place.

As she prepared for surgery Alison, now 58, told her daughter, 15, that she intended to live to be 96 “like your great grandmother.” Alison did not fear her treatment, a minimally invasive aortic valve replacement, as she had complete trust in her team of doctors, and surgeon, and had no fear of hospitals having been raised in the gatehouse of an orthopaedic unit where her father was manager and her mother a nurse. She’s also the wife of a GP, and “Bring it on,” was her motto throughout her experience.

Following her successful treatment, Alison was quickly on the road to recovery and feeling better within a few days of being discharged. “I’m incredibly lucky to have a doctor for a husband, who was able to take a month off work to supervise my recovery. I also have a wonderful friend who was there to help care for me in the first few weeks at home and I couldn’t have been more blessed,” said Alison.

Alison knows all too well that others may not be so fortunate. In the small close where she lives, two neighbours in the same household have been affected by heart valve disease. Sadly one of them passed away, while the other recovered sufficiently to travel the world, an inspiration to Alison.

“In so many cases this disease is treatable when caught early, and people like Alison can go on to lead lives as good as before, if not better,” said her surgeon, Chris Young, Heart Valve Voice Chairman and Consultant Cardiothoracic Surgeon at Guy’s and St Thomas’ hospital. “It’s so important that people know and can recognise the symptoms so they can get their hearts listened to with a stethoscope as early as possible, still the best tool to detect heart valve disease.”

Now Alison has gone on to join Heart Valve Voice’s patient advocate network and become one of the patients present on the trustee board. Through Heart Valve Voice, Alison has attended conferences and events with the vision of creating better awareness in the public and practitioners about the treatment pathway of heart valve disease patients. Along side her advocacy work Alison continues to live her best life til the age of 96, just like her grandmother. 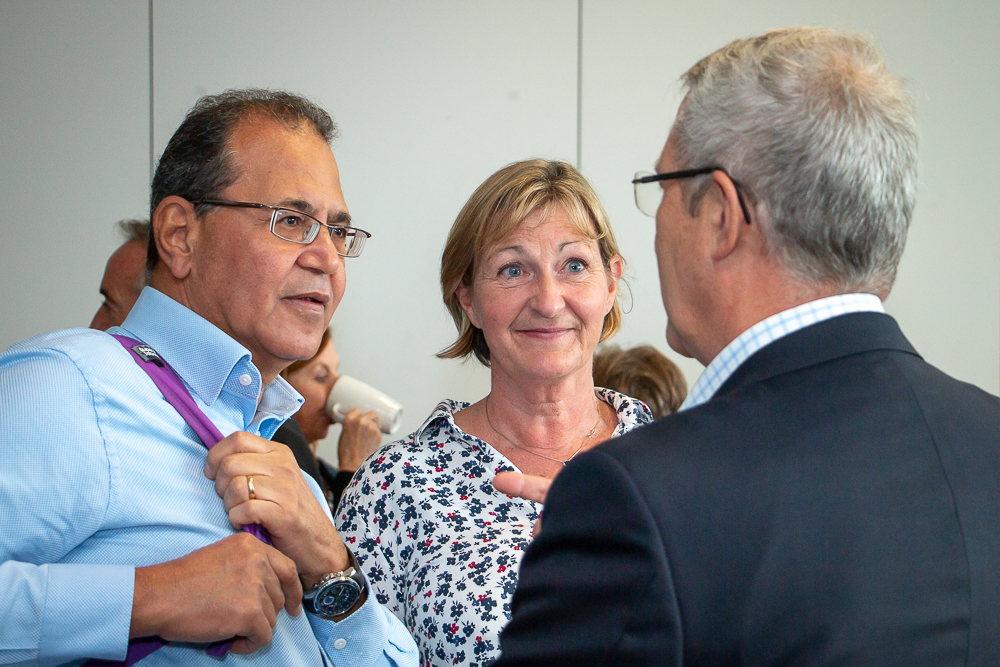 Return to Trustee Board