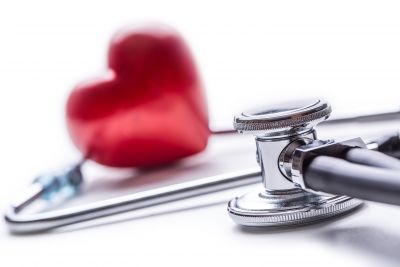 Patient, Owen Veldhuizen from Llandudno, is currently resting at home after undergoing a pioneering mitral valve repair using the state of the art Da Vinci X robot just a few days ago.

Owen was referred to LHCH after his GP detected a heart murmur and after a series of tests it was decided that Owen was the perfect candidate for this innovative surgery.

“The robotic minimally invasive approach was the best way to treat Owen who is a busy family man and works full-time and doesn’t want to spend weeks-months recovering,” said Mr Paul Modi, consultant cardiac surgeon. “With this technique we are able to get patients home quicker as well as to reduce the amount of post-operative pain and lower the risk of infection.”

LHCH is dedicated to being at the forefront of treatment and care for heart and lung diseases and is the leading centre for minimally invasive and robotic cardiac / thoracic surgical procedures in the UK. The introduction of robotic surgery at the hospital will allow them to treat many hundreds of patients with the very latest and least invasive techniques currently only available at a handful of centres in the US and Europe.

“I was a bit nervous at first when they told me I would be receiving my surgery with the help of a robot,” said Owen. “ But Mr Modi and his team explained the benefits of this type of procedure and how soon I would be able to go home afterwards and I actually felt quite confident being one of the very first patients to undergo this type of pioneering surgery.”

The Da Vinci X four-armed robot, named after the Renaissance artist and inventor, is operated by a team of highly-trained surgeons who gain access to the patient via small incisions only millimetres in length. They are then provided with a 3D view of the operating site which is magnified 10-fold and viewed on the control console and allows the surgeons to be extremely precise.

“This minimally invasive technique will allow us to operate on patients who may otherwise be considered inoperable due to their health and comorbidities,” said Mr Modi. “This is thanks to the procedure being far less traumatic to the patient’s body as we are operating thorough such small incisions as opposed to traditional open-heart surgery.”

Minimally invasive procedures, including this new procedure, are crucial to help our country’s ageing population especially considering the future increase in patients with heart disease, including valve disease, from 1.5 million now to 3.3 million by 2056.