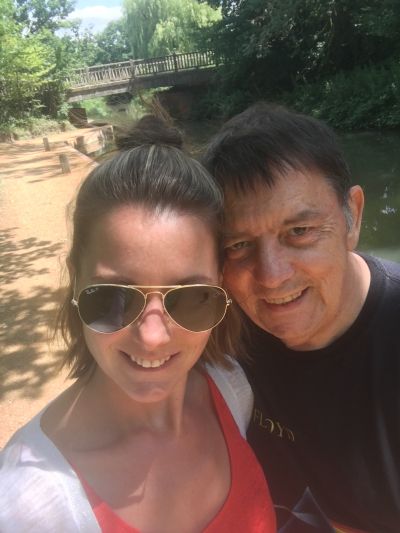 Post Operative Observations: Everything from early discomfort, nights sweats and a runny nose but things are looking up!

My Aortic Valve operation went ahead as planned on Wednesday 19th June 2019 which bizarrely was the day I walked my youngest daughter down the aisle eight years previously. I was ‘first on’ at around 08:15 and was apprehensively wheeled down on my bed to be ‘made ready’. Some hours later I was woken in recovery, “Ian, time to wake up, Ian don’t go to sleep, wake up Ian”, ’let me sleep’ I thought. Wired for sound and tubed up, it was down to HDU (High Dependency Unit) to start the long process of getting back on top form.

Mr Quarto, my surgeon, came to see me in the evening and advised that all had gone well and it was only the aortic valve that needed replacing. I am now fitted out with a 25mm prosthetic valve.

Exercise whilst in the hospital is quite restrictive and consists generally of laps of the ward complex, the nurses are however keen to get you mobile as soon as possible. By day five I was able to complete about 400 metres around the wards a couple of times a day. Drains removed Saturday 22nd (that was an interesting experience!), neck lines removed Sunday, pacing wires removed Monday. Meeting on the Monday afternoon with the physio to talk about do’s and don’ts for the first few weeks. No driving, no lifting but plenty of walking was the basis of the recovery process. Discharge date was 25th of June and I started thinking about building on my limitations in terms of what I could achieve.

The following is based on mixture of technology which tracked the distance and times of my walks.

Since leaving hospital on the 25th of June, all has gone well, I’m pleased to be home. My pre-arranged appointment with my GP on the 4th July was however somewhat disappointing, so much, as my GP was not even aware of me having had my operation, despite the hospital discharge letter having been hand delivered to the surgery on the day I came home.

In terms of pain management I am delighted that other than some light ‘discomfort’ in the area of the upper sternum I have had no pain. As such, I felt that the dosage of co-codomol was not actually required and discussed this with my local pharmacist who agreed that it was perhaps wise to reduce the intake, they suggested ’when required’. I stopped taking this around eight days after leaving hospital and now occasionally take a paracetamol before going to bed.

I continue with my exercise which was mainly walking and have gradually added distance so that by the end of the first month I am able to walk up to four miles per session, albeit not every day. After two weeks I called the physio department at The Royal Brompton Hospital and discussed where I was in terms of my recovery, and was told that I might try and introduce some slight elevation into my programme, which on occasion I have done. I try and keep myself motivated at home and have cooked light meals but have not engaged in any form of lifting or strenuous activity.

I find that once I get comfortable I am able to sleep on my side, however, sleep in general remains an issue as I am yet to have a full night of unbroken sleep. What is really annoying is that despite the room being relatively cool, I wake most nights pouring in sweat meaning a change of bed linen every day. As such and having walked in the morning I sometimes find myself dosing for an hour in the afternoon although I have resisted the temptation of taking any medication to help in this area.

So to summarise one month post Op, all appears well, and the scaring is gradually improving all the time. My weight continues to fall slowly and I am now 89kg which is 6kg lighter than when I was admitted, this will bode well for when I get back on the bike! One observation I do have is that bizarrely my sense of smell seems slightly heightened but that I do have a runny nose a lot more than normal?

Second GP appointment was 23rd of July, along with blood taken for follow up tests. This time he was a little better prepared and had read through the hospital discharge letter. We discussed the discharge blood test results which I am told indicated high readings in some areas which point to the possibility of infection risk, these levels have now dropped significantly as per most recent blood test results.

24th of July is the 5 week post Op date and I have continued with my walking, albeit not every day due to the current very high temperatures, and am now up to around 4.5 mile on longer walks. However I have now started to slowly introduce some alternative exercise in the form of short light sessions on my indoor bike trainer of around 20 minutes at a heart rate average of around 95bpm. This feels good to be able to gently spin the legs and I am conscious not to overload the sternum at this point. Sleep is getting better and I wake less during the night, sneezing remains an ‘interesting experience’

31st of July – week 6 post op. Pushed on a bit this week on the turbo trainer and now starting to add a few one minute mini efforts into my 30 minute session. Did a couple of walks but more sessions on the turbo. I will monitor my blood pressure readings for a week using a machine loaned from the surgery. Today indicates 124/83 with pulse rate 64bpm and four hours later following a one hour walk, 120/81 @68bpm.

I continue to think positively, and I am thankful that I was able to access the right treatment at the right time.