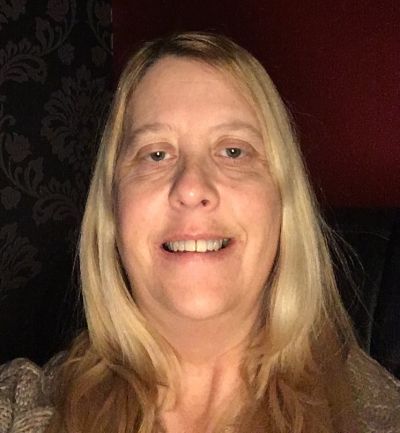 During March of 2017 Lisa was receiving physiotherapy for her Achilles Tendinitis and started experiencing symptoms of joint pains in her elbow and knees. The physiotherapist suggested that she go to her GP for a check up. Blood works were done and an inflammation was noted however nothing was done about it.

The symptoms of joint pain were having an impact on Lisa’s job as a cleaner and a small task of walking to the bus stop was becoming more difficult. Due to the persistences of the symptoms, more tests were conducted in May. She was referred to a rheumatologist as she was suspected of having rheumatoid arthritis. After receiving steroid injections for her suspected arthritis, the pain subsided for awhile and she began her rheumatoid arthritis medication. Lisa was scheduled in for another steroid injection later in August. However Lisa suffered a heart attack in the early hours of the 9th of August 2017. She was immediately taken to Birmingham City Hospital where an angiogram showed that her coronary artery was blocked. The coronary artery blockage was removed and a stent was fitted.

The cardiologist performed an ultrasound and noticed an abnormality in the function of the mitral valve, the images were sent to a cardiac surgeon at New Cross Hospital in Wolverhampton. The surgeon transferred Lisa over into his care that same night. The surgeon informed Lisa that a repair or replacement valve was needed. However, due to the fact Lisa had just had a heart attack she would need to rest and monitored for a week.

Both the cardiac surgeon and the cardiologist were unaware that Lisa had actually contracted endocarditis. The operation was performed on the 15th of August 2017 and her mitral valve was replaced with a mechanical valve, which means a life time of warfarin medication. That the blockage to the coronary artery had actually been blocked due to the vegetation of the mitral valve. Further blood tests confirmed the surgeons diagnosis of endocarditis. Lisa received antibiotics through an IV (intravenous) and oral antibiotics was administered when Lisa was transferred back to Birmingham City Hospital. After another week of observations, Lisa was discharged on the 28th of September 2017. After the ordeal Lisa had actually been in hospital for a total of seven weeks. Due to the nature of the mechanical valve, Lisa is now more aware of the increased risk of contracting endocarditis again.

"I hope this story will help with more public awareness of symptoms of both heart valve disease and endocarditis. I have no idea to this day how I caught it.”