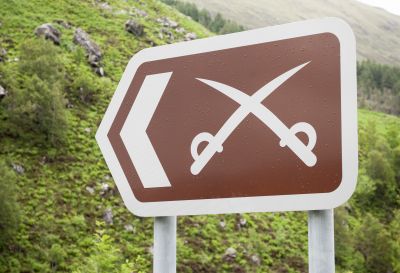 Over the next few weeks, in support of the South Tees Hospital NHS Foundation Trust UK Mini Mitral Trial, a multi-centre randomised control trial on Minimally invasive thoracoscopically-guided right minithoracotomy versus conventional sternotomy for mitral valve repair, we will be sharing a number of patients stories from patients who have been involved in the trial. The first story is from Ady, an NHS psychotherapist and sword fighting enthusiast who was diagnosed with mitral valve regurgitation.

Six months after his diagnosis of severe mitral valve regurgitation, and just before his first pre-op appointment at The James Cook University Hospital in September 2017, NHS psychotherapist Ady (47) received a letter inviting him to take part in the UK Mini Mitral Trial.

Ady was randomised to receive the mini-thoracotomy, and although he returned home on the fourth day, in retrospect he believes his recovery could have been “on a par” with conventional surgery.

Ady is an active person and keeps his tall 6’5” frame in shape by practicing Kynren, a historical form of British sword fighting that can last up to one and a half hours. He had always been aware of his strong and audible heart beats particularly during his sword fighting, but when he experienced unusual intermittent bursts of strong palpitations in February 2016, he decided to visit his GP.

His GP listened to his heart with a stethoscope and, hearing nothing out of the ordinary, sent him home with a 24-hour monitoring device, just to be sure. The results of this also revealed nothing and as Ady felt fine, he continued to work as normal in his two ‘day’ jobs - psychosexual therapist in the NHS, and garden designer – as well as continuing to keep himself active with his sword fighting, hiking and walking on the weekends.

However the occasional episodes of thumping palpitations did not go away, so a year later he returned to his GP. This time he was referred for an echocardiogram. The echo revealed severe mitral valve regurgitation and he was placed on the waiting list for surgery, which went ahead after taking part in the UK Mini Mitral Trial six months later (and on his birthday!).

After his procedure Ady spent four days in hospital, As he suffers from narcolepsy (difficulty waking up), he took 24 hours to come round after his five and a half hour operation. Ady wonders if he might have been discharged slightly sooner had he not suffered from this preexisting condition.

“At home my scar healed well and within two weeks I was taking only paracetamol. Then six weeks after surgery I developed a chest infection which affected my heart rhythm. My GP prescribed antibiotics and the rhythm returned to normal.”

Numbness around wound sites is quite common following any surgery and over a year after surgery, Ady still has some numbness that extends under his arm and towards his back, though sensation is gradually returning. “I also had bruising after the surgery and it went fairly quickly.”

When Ady met other patients during his cardiac rehabilitation exercises and they shared their experiences with him, he felt that he was no better or more advanced in his recovery than they were after conventional surgery. Ady finds exercise of his chest results in discomfort due to the scar tissue. “With what I know now, I would probably have been fine if I chose conventional surgery.”

However, Ady has taken all his experience of heart valve disease in his stride.

To find out more about the Mini Mitral Trial visit: http://ukminimitral.co.uk/