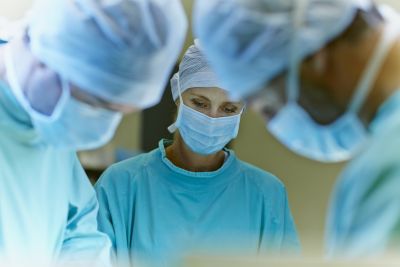 2020 International Women’s Day (IWD) is built on the theme of Each for Equal, where an equal world is an enabled world.

This theme is drawn from a notion of collective individualism, where collectively we take responsibility for our own thoughts and actions - all day every day. As a whole, our individual actions, conversation, behaviours and mindsets can have a great impact.

IWD is a celebration of achievement and innovation, and we can think of no better way to do that then be celebrating the achievements of women like Nina Starr Braunwald, Karen Booth and Betsy Evans, three leaders in their fields and inspirations for young women entering into science.

Nina Starr Braunwald was the first female cardiac surgeon, and a pioneer amongst surgeons at a time when almost all speciality surgeons were men.

Born on 2 March 1928 in New York, Nina was encouraged to pursue a career in medicine by her father, a physician, After earning her BA in 1949, she began her medical training at New York University College of Medicine, before starting an internship at New York’s Bellevue Hospital in 1952 - where she would later go on to be the hospitals first female general surgeon.

During her residency Nina completed a postdoctoral fellowship with a talented cardiac surgeon at Georgetown University, where she would subsequently move to pursue her interest in cardiac surgery, which to her, seemed like the next big frontier.

Inspired by patients with damaged mitral valves, Nina’s chief research interest was the development of artificial valves. She designed a prosthesis called the Braunwald-Morrow valve, and on 11 March 1960, the 32 year old Braunwald performed the world’s first successful mitral valve replacement on a 44 year old woman.

By 1963 Nina was the first woman certified by the American Board of Thoracic Surgery, and two years later was deputy chief of surgery at the National institutes for Health, before eventually establishing her own cardiac surgical program.

Nina continues to be an inspiration to cardiac surgeons across the world and the research which she developed continues to shape much of the pioneering work done now. On a day which promotes and celebrates innovation and achievement in women, Heart Valve Voice can think of no better place to start than with Nina Starr Braunwald.

After reading Nina’s incredible story, we decided to talk to two women about their journey to being leaders in their field and what the future looks like for women in science.

What made you choose a career in medicine? Click here.

What female mentors have had a positive influence your development? Click here.

How do you imagine your experience of cardiac surgery differs from women like Nina Brown-Braunwald? Click here.

What is your experience of woman in an advanced role in science? Click here.

What is the importance of celebrating women in science on International Women’s Day? Click here.

What does mean for you to be recognised by Heart Valve Voice? Click here.

What advice would you give to young women and girls starting out in science, and specifically cardiac surgery? Click here.

Thank you so much to Karen and Betsy for giving us their time and keep a look out for more celebrations of women in science throughout March.