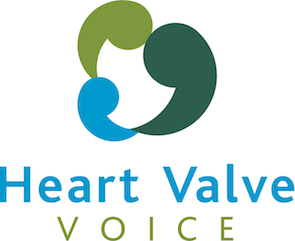 Heart Valve Voice is delighted to announce the addition of three new members to our Board of Trustees. Professor, Simon Ray, Livvy Gosney and Phillip Read.

Professor Simon Ray joins the Board after completing his term as President of the British Cardiovascular Society. Professor Ray was appointed consultant cardiologist at the University Hospital of South Manchester NHS trust in 1995, before its merger, which formed Manchester University NHS Foundation Trust in 2017. He was appointed Honorary Professor of Cardiology at the University of Manchester in 2011. He has served as the British Society of Echocardiography president, vice president for clinical standards of the British Cardiovascular Society, and president of the British Heart Valve Society. Simon was Joint Clinical Lead on the NHS's 'Getting it Right First Time' report for Cardiology. He brings a comprehensive understanding of the patient pathway and how services need to evolve to improve the care and treatment of heart valve disease patients.

Livvy Gosney was treated for heart valve disease in April 2021 after being diagnosed with the condition in 2015. Since contacting Heart Valve Voice, Livvy has contributed her time and energy to raising awareness of the condition, speaking at our Patient Congress, as well as in Parliament. Livvy was also an integral part of our #JustTreatUs Campaign, going on 13 radio stations to an audience of over 10 million and speaking for Heart Valve Voice and untreated patients across the country.

Phill Read is an untreated heart valve disease patient awaiting his mitral valve repair treatment. After coming across our work on the internet, Phill contacted Heart Valve Voice and was keen to support the charity and raise awareness of the condition. Since starting his work volunteering with us, Phill has written blogs, recorded videos of his experience of his pathway, and spoken at the All-Party Parliamentary Group for Heart Valve Disease.

The addition of Phill and Livvy means we now have four patients sitting on our Board of Trustees, with a range of types of valve disease and experiences of the pathway. Phill and Livvy strengthen our patient voice further and ensures we are a patient-centred charity.

Our Board of Trustees is strengthened further with these additions, with a diversity of skills and experiences from across the patient pathway and a strong patient voice. We look forward to what more we can achieve with Simon, Livvy and Phill's support.

Heart Valve Voice CEO Wil Woan, said "I'm delighted to announce the addition of three new brilliant members to our excellent Board of Trustees. Professor Ray's experience of the cardiovascular landscape strengthens our clinical expertise, and his valuable insights will help improve Heart Valve Voice's clinical strategy for years to come. Phill and Livvy bring their own experience of heart valve disease treatment but also passion to give back and Heart Valve Voice will empower them with the tools needed to use that experience to improve the future care for valve disease patients. I look forward to starting our work together!"