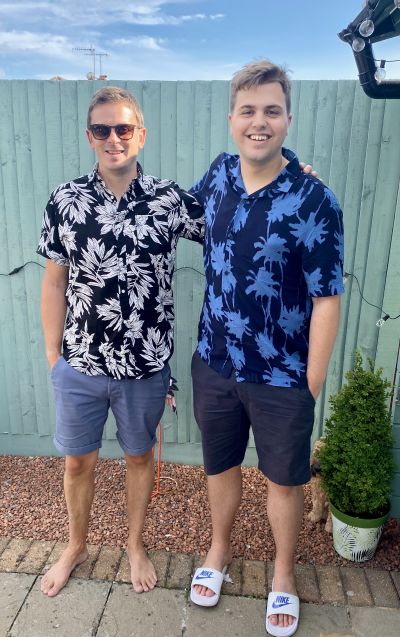 You can sponsor his run by clicking here

"Heart valve disease has caused a ripple effect in our family. It has seen the normal mundane tasks of life tinged with more difficulty. However,  the difficulties that come with a family member being unwell have allowed us to be more considerate about our health and well-being, as well as that of others. The experience has given us more appreciation for the things we take for granted - however cliche that sounds.

The driving force behind the marathon is purely to raise awareness of heart valve disease and Heart Valve Voice. Raising money for a cause like this is great motivation, especially when it’s more of an effort to get out and train. Before signing up to do the marathon, I never had any desire to do a marathon. Upon applying, I was hardly fit enough to run from the kitchen to the lounge, let alone a mile!

Now that we are over the £1500 mark for money raised, we can make a significant difference. The money raised will help raise awareness of the condition and make sure people know that they should get a stethoscope check if they feel breathless.

Typically, when raising money for the more prominent household name charities, the money raised merely goes into a big pot, and the difference isn’t noticed. But I know that with Heart Valve Voice, the money I raise will make a real difference and empower them to spread awareness of symptoms of heart valve disease."