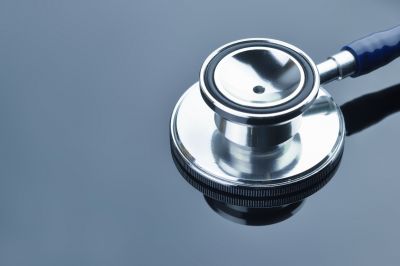 Over the next few weeks, in support of the South Tees Hospital NHS Foundation Trust UK Mini Mitral Trial, a multi-centre randomised control trial on Minimally invasive thoracoscopically-guided right minithoracotomy versus conventional sternotomy for mitral valve repair, we will be sharing a number of patients stories from patients who have been involved in the trial. The third story comes from Brian, a former soldier who was happy to be participating in the trial.

Former soldier Brian was diagnosed with mitral valve disease in 2016 and was excited to be given the opportunity to take part in the UK Mini Mitral Trial, which involved the random allocation of patients via a computer programme to either the minimally invasive mitral valve repair or more conventional sternotomy surgery. He had “no problem at all” with having the discussion in clinic, and he received a detailed explanation of what the UK Mini Mitral Trial involved. He completely understood the principle of random selection, however, he rather hoped he would get chosen for the conventional open heart surgery. Moreover, he was happy to be part of a process that would produce results which would ultimately help others in a similar situation as himself.

“I liked the fact that the trial relieved me of having to make a decision about which operation to go for. I was having difficulty with that because I wanted the easiest operation, but also the best. It seemed to me that opening my chest would be the best option for sorting things, while the idea of people not looking directly at what they were doing made me a little uneasy.”

Brian found out about his mitral valve disease after seeing his GP about a persistent cough in the autumn of 2016. Within a month of his diagnosis Brian found himself in The James Cook University Hospital for a scheduled operation to repair his mitral valve. Brian was selected to receive conventional open heart surgery in the trial and,“All went well, but I had a mildly irregular heartbeat which they tried to ‘zap.’ It was not considered serious and I went home.” Following his treatment, his overall assessment of his experience of surgery was: “I’ve had it, it hurt, but I’m ok.”

Brian found sleeping to be quite difficult for some time following his surgery because he could not lie on his back and had to sit up all night. For the first few weeks he was looked after by his sister, who insisted that he did the recommended daily short walks even though he said his legs felt “wobbly.”

His scar healed normally and when it was time to attend cardiac rehabilitation classes, Brian found that he could have been “pushed” more, given how well he was feeling and his background of fitness both in the Army and as a keen walker.

The slight wobbliness in his legs has persisted, and he has not yet fully returned to the level of fitness that he enjoyed before the onset of his breathlessness. This sometimes returns when he walks uphill in his beloved Swaledale.

He is due to be fitted with a 24-hour heart monitor at University Hospital, and return for a full assessment.