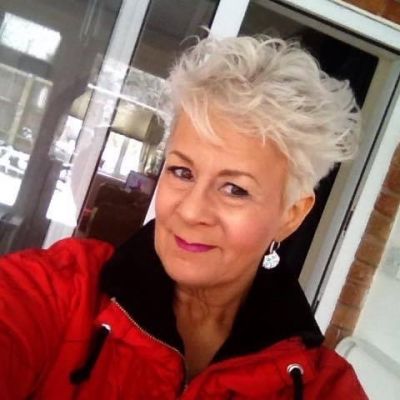 Terri Richmond, 66, never realised she had anything wrong with her heart as she has always led an active lifestyle, as a ballroom and latin dancer, her most recent passion, and also as someone who loved to ski, climb, run, go to the gym, swim and scuba dive all while working part-time as a hypnotherapist. However, after suffering a stroke on 26 September 2017 and undergoing a number of checks and tests, Terri was told she also suffered from mitral valve stenosis, something, it was assumed, she had from a young age presumably after suffering from rheumatic fever as a child.

In September of last year, Terri suddenly became unwell and told her son to call an ambulance urgently. She was rushed to the Leicestershire Royal Infirmary and admitted to the Stroke Unit after being unable to speak (except to swear!) and soon found out that it was a stroke that was affecting her speech centre deep in the left hand side of her brain. At this point Terri had not had any heart symptoms, that she was aware of, so it came as a surprise when she also received a diagnosis of mitral stenosis, a form of heart valve disease, when a murmur was picked up during a series of admission checks.

Prior to her stroke and eventual mitral stenosis diagnosis, valve disease was never something Terri Richmond, who hails from Leicestershire, had thought about, let alone something she ever thought she might be diagnosed with. She knew about the basic anatomy of the disease with her strong anatomical background having received a BSc Marine Biology with Biochemistry and a Post Grad Diploma Equine Studies in her training for her career as an equine anatomy and physiology teacher and in various roles within the NHS, but nothing about the symptoms. Now knowing more about her diagnosis and looking back, the signs and symptoms were all there.

“In retrospect it explained my breathlessness, which I put down to lack of fitness and my inability to get fit enough and which was also confused with exercise induced asthma,” recalls Terri. “When I was younger I also experienced dizziness and fainting especially when I was pregnant and a crash of my blood pressure during delivery leading to foetal distress and an emergency c section. I suffered from chest pains in my 20s which were dismissed as indigestion. ECGs showed abnormal reactions to exercise, but back then they were never followed up.”

Terri, while at first alarmed to find out about her valve disease, now feels relieved to know as it explains so much of her medical history. While she has yet to see her cardiologist for a complete diagnosis and treatment plan (which is arranged for May 2018) she is now able to take the sensible precautions to ensure that she is not overdoing it when she is exercising. Part of her strategy is to ensure that she is fully recovered after a burst of activity and that she takes the time to rest when she feels tired. She regularly wears a Fitbit so she can keep track of her heart rate as she believes knowledge is power and she wants to provide all of the information she can to her cardiologist.

Terri has also made a point of educating herself as much as she can about valve disease and has researched the anatomy of the heart and resources like those provided by Heart Valve Voice. One of the important things Terri has learned is to stay positive and to be sure she avoids a negative belief system. She thanks her experience in hypnotherapy for helping her find the ability to see the good things in her diagnosis. She makes a point of concentrating on how she feels and not how it has affected her and with her new found knowledge about her health status, she is able to see that it wasn’t her lack of effort or laziness causing her fitness issues.

Now as Terri waits to hear how her cardiologist will work with her to develop her patient pathway, she is determined to carry on as normal and keep herself busy with her dancing and active lifestyle. While she is only just starting out on her journey with valve disease, Terri isn’t going to get bogged down in the negatives. She benefits from the support of her son, her sports therapist, gym trainer and dance coach and her thirst to find out everything she can about the disease and how she can live the best life with it. She is also very grateful for her second shot at her very full life and thanks the care and brilliant treatment from the NHS and the team at Leicestershire Royal Infirmary.

“I am not letting heart valve disease hold me back from achieving anything I set my mind to. I’m determined to stay positive and to use the power of knowledge to get me through what the next stages of my journey has in store,” said Terri. “I’m still going to do the things that I love and I am still dancing. I fully intend to be defending my dancing titles in November and next January. Watch this space!”

We can’t wait to see what you are able to achieve Terri!