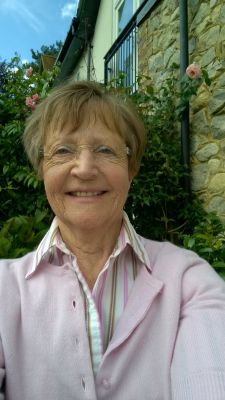 ​Sue, from Kent, was diagnosed with aortic stenosis in 2013. After a successful TAVI procedure she is now back to enjoying time with her grandchildren and gardening in her community. Read her story to find out more about her experience and her advice.

I first became aware that there may be a problem with my heart in 2007. While playing golf I suddenly experienced what I thought was an asthma attack. I hadn’t been diagnosed with asthma so I was surprised to have my first episode in my 60s. I had in fact had a heart attack, and was rushed to hospital in an ambulance for treatment. After further tests, the doctor said that I would need to have a triple-heart-bypass. Having experienced no symptoms I was shocked. A few weeks later, I went back to the hospital to have the operation. I was relieved to hear that the operation had been successful, but I had to see my doctor twice yearly to make sure that I didn’t have any further issues.

All seemed to be well. I went to have a hip operation in 2013 and the surgeon advised me that his team would be taking extra care because of my aortic stenosis. This was the first time I had ever heard this term. It turned out that during my heart surgery all those years before, they had noticed that I had a weak aortic valve. I was completely unaware that I had been diagnosed with heart valve disease until this point.

Later in 2013, we moved to a new area. One evening, my husband and I went out for a walk, during which I became breathless and felt like it was too much to go on walking. I knew this feeling wasn’t normal so I arranged to see a heart specialist again who, after conducting further investigation, said that I would need my aortic valve replacing. As I had already been through open heart surgery, the doctors were reluctant to perform another open-heart operation. I was informed that another procedure called TAVI was available instead - this is a minimally invasive type of treatment.

I had my procedure at the London Bridge Hospital. I had no symptoms when I woke-up and I wasn’t sure if that was because of the anaesthetic – but it was in fact because the surgery was so minimally invasive. The doctor told me that he had successfully replaced my valve so I was very relieved. I was in and out of hospital within two days, whereas my hip replacement had kept me in for four days.

My recovery was just unbelievable; I felt so well so quickly. Every day I noticed I could breathe a bit more easily until I didn’t really notice I was breathless at all. I am a busy grandmother to six children so I was very grateful to be back to normal, playing football with them and enjoying this new lease of life. Before my procedure, I had been struggling to play sports with my grandchildren and some days I was very breathless when climbing the stairs. As an avid golf player, I was very upset that I felt too breathless to play. However, once the aortic valve replacement had been completed, I became active again within a short space of time. I’ve recently taken up gardening in my local community so I am pleased to be able to get actively involved in this project.

My father died from a heart attack aged 56. He also wasn’t aware that he had a heart condition so I feel lucky that my condition was diagnosed quickly and that there were treatments available to me. My advice for other people who think they may have heart valve disease is to see a heart specialist. Before my diagnosis I had never had my heart checked with a stethoscope by my doctor. I have learnt that this is a really easy way to check for heart valve disease, so I think it would be really beneficial for all patients over 60 to have their heart listened to regularly and for more people to be aware of heart valve disease and its potential risks if left untreated.