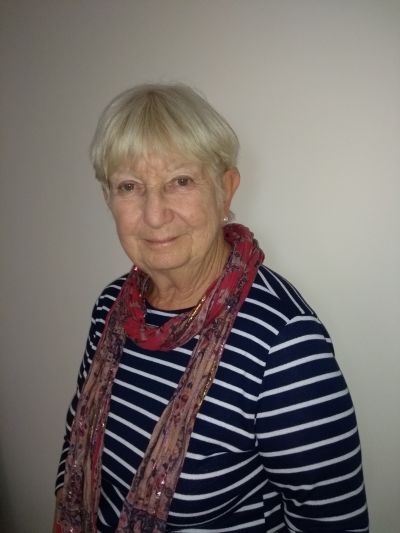 Norma Brickle was diagnosed in 2001 with a massive aortic aneurysm which had also distorted her aortic valve. A replacement valve was inserted as part of the aneurysm repair, which was done by open heart surgery. Norma was told she would likely need a replacement valve in the future, with the hope that a procedure would be available that could access the valve through an artery rather than through further open heart surgery.

Seventeen years later Norma required a new aortic valve, and luckily technology had advanced in her favour and she was able to receive her new valve via a Transcatheter Aortic Valve Intervention (TAVI), or via her artery, as predicted.

In 2001, aged 57, I was living in the Unites States. Following a routine health check with my GP I was diagnosed with a massive aortic aneurysm that measured seven centimetres wide, involved the aortic valve, and extended over the arch of my aorta. It was hard to believe, symptomless as I was, that my condition was imminently life threatening.

I underwent extensive repair surgery, which included inserting a replacement aortic valve via a sternotomy or open heart surgery. I was given the choice of a prosthetic pig’s valve (tissue valve) or a titanium valve (mechanical valve). I chose the tissue valve, so that I was not required to take Warfarin medication – even though I was told that this type of valve would one day need replacing. My clinicians told me that they anticipated it would last for up to 15-20 years before I would need another valve replacement.

I remember the surgeon explaining to me that, although possible, another valve replacement would be a difficult procedure. He said that my best hope would be that surgical technology would be more advanced in the future and there might be a method to replace the valve through an artery - an idea that was in its very early infancy at that time. I was content to have the current surgery without too much concern for the future at that point. My only worry was to survive the surgery itself.

I was very fortunate that my recovery from the open heart surgery was uncomplicated and fast. I remember telling the surgeon that survival, for me meant living a normal life, full of adventure, and travelling. Within weeks of the operation, I was able to make a long haul flight from the US back to the UK, and after that I just kept going!

Since then I have seen seven grandchildren born and growing up, and I have travelled the world. All of the experiences I have had in my life over the last 17 years have been thanks to the expertise of that surgeon in Denver. Back in the UK I continued to have annual checks, and every year was delighted that my prosthetic valve continued to work perfectly. I didn’t need to limit my life in any way for 17 years following my first surgery.

However the surgeon’s prediction was quite accurate regarding my first valve’s lifespan as my aortic valve collapsed very suddenly on a walking holiday in Spain in October 2018. I became acutely breathless due to the regurgitation through the valve, and had to fly straight home to attend my local A&E where I was admitted for surgery. Due to the reconstructive work I had in 2001 with my original surgery there were complications with replacing the valve for a second time via a sternotomy and the surgeons were reluctant to do the surgery this way. Luckily, where I live in Brighton we have both good access to the treatment and the expert clinicians to carry out the treatment and I was introduced to Professor Hildick-Smith, who performs aortic valve placements via TAVI.

The TAVI process for me was much more challenging due to my previous surgery – but Professor Hildick-Smith was able successfully to replace the collapsed valve with a TAVI on October 10th, and I am fit and well once again. So you see, my American surgeon’s prediction in 2001 was right - I was able to receive a replacement aortic valve through the femoral artery!

Within two days of my second surgery, I was discharged from hospital. I’ve been told that the expected life of my new valve is at least 10 years, and that the procedure can be performed again if necessary. The first question I asked after the surgery was how soon I would be able fly - they told me it would depend only on my travel insurer, but other than that there would be no other limitations!

So, the first thing I did after I got home was to book a flight to go to Australia a few weeks later, and I spent 8 wonderful weeks enjoying my family and my two small grandchildren there.

For anyone who has been diagnosed with heart valve disease, or is facing a valve replacement, and is worried about their future, I should like to reassure you that there is life after heart valve treatment. Heart valve disease can be detected and treated, and replacement valves or valve repairs can give us our lives back. I’m incredibly grateful for mine.