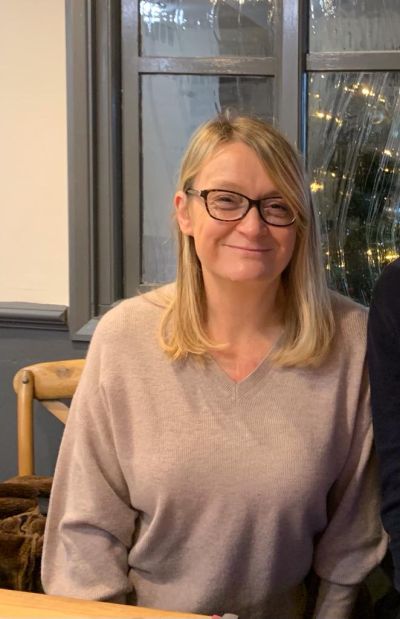 In February 2019, Julia was recovering from a viral infection and feeling run down and tired. After her GP listened to her heart with a stethoscope, they discovered she had a significant murmur and a subsequent echo found she had severe aortic stenosis with a bicuspid valve. This is her valve disease story.

"My heart valve disease story started in 2019 when I had a viral infection. After it had passed, I noticed I was left with quite a lot of lethargy and continuous cough. I went to the doctor a few times with it, and on one visit, the GP ran a stethoscope across my chest and said, “you’ve got a murmur” and told me I needed an echo.

Looking back, I think I was tired long before, which I put down to work and not being as able to do as much as other people. I would do exercise and be exhausted, and it was never getting any easier. That had gone on for several years.

Even after the visit to the GP, I don’t think I realised how serious it was until I went for my echo. I went, and they said I would get the results in two weeks, but at the end of my appointment, he said, “you need to see your GP immediately.” That was when I knew it was serious.

After this, I was told I had severe aortic stenosis caused by having a bicuspid valve - a condition I had been born with but never knew I had.

I continued to try and work, but everything was getting quite challenging to do. My health continued to deteriorate with an increase in dizziness, chest pain, and breathlessness. Eventually, in August, my cardiologist told me not to work until I had heart valve replacement surgery.

Before my operation, I saw the Cardiologist at Papworth. He gave me a choice between a tissue valve and a mechanical valve. I decided to go for the mechanical valve, for the fact that it was one operation. That was based on my research and conversations with fellow NHS colleagues. I now have to take warfarin for the rest of my life, which has its own implications on a diet, lifestyle, and other medications. Still, I just felt like this would be the operation, and I could then move on with the rest of my life. I think being involved in that decision making helped me a lot and aided my recovery as I adapted to life with the new valve and on warfarin.

Just before my operation, things had really escalated. I was at home, not working, couldn’t get up the stairs, couldn’t leave the house alone. My life was limited to no stairs, no slopes, barely sleeping, dizzy spells, but in my naivety, I thought it was ok. I had adapted to the slow changes in my health.

When I went to see the surgeon, they realised how bad the valve was. They said after my surgery that my disease was so critical I could have had a heart attack any week.

When I went in for treatment, I had rose coloured glasses on about what it would be like, and the seriousness of the operation. But despite the challenges, all the staff were excellent and they calmed me down. Throughout the entire process, I couldn’t fault any of the team.

I remember one night just after the operation when I could hear a tapping, and I thought it was the mechanical valve. I suddenly thought I can’t live with this noise, what do I do??!! But it turned out it was just the curtain clicking!

I was discharged in mid-November. I had cardiac nurses support me and my family were able to be with me for the first week. I had access to cardiac rehab and cardiac exercise classes, which I found really helpful. It showed me how much I could push myself - but in a safe environment where I was looked after.

Since then, my son and I have done the Thames Path challenge from Putney Bridge to Hampton Court. I was concerned about how I would feel walking all that way but I felt good afterwards. And I felt like I had achieved a good goal from where I had been two years previously.

I think I look at life differently now. I live more in the here and now. I’ve always been a great planner, and I still plan, but now I want to make the most of the time I’ve got. When you see people and say, ‘we must see each other more,’ I’m now the one sending the text saying, “let's go for a coffee.”

Heart Valve Voice CEO, Wil Woan, said: "Thank you, Julia, for sharing your story. Julia's story is an excellent example of the positive impact of patient choice and shared decision making. The decision on what treatment to have was a shared decision between Julia and her heart team, and that choice helped her in her recovery. Julia also highlights the importance of thinking critically about your body and recognising when something isn't right. If anyone feels breathless, dizzy, or excessive fatigue they should contact their doctor for a stethoscope check immediately."