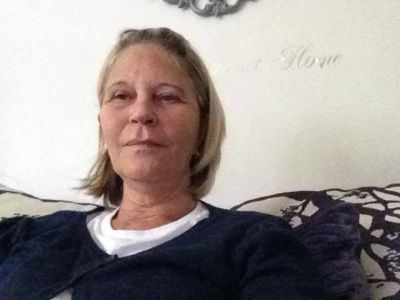 ​Helen had always been an avid traveller, but her mitral valve disease stopped that. Having lived in Bangkok for 11 years as a teacher, she was itching to get back to seeing the world. Now, after her surgery in July 2015, she reflects on her experience of valve disease, and the questions she wishes she’d asked sooner.

In 2012 I had a singular incident of severe chest pain, and took myself off for an emergency doctors appointment with a GP. She called an ambulance, believing I was having a heart attack. Once at hospital I was given an angiogram and told that I had “left heart disease”, and not much more! After this initial chest pain I suffered from ischemic bowel disease. This occurs when an artery that supplies blood to the bowel becomes blocked or narrowed, and mine was specifically identified as being caused by a clot from the heart. I was very concerned about this, since my GP was still convinced I had heart problems that needed exploring. No-one at the hospital investigated why my heart was giving out clots, and this raised my concern even more.

Eventually, at a pre-operative assessment for a trapped nerve in my neck, the nurse identified a heart murmur. An echocardiogram revealed that my mitral valve was very damaged, and I was diagnosed with mitral valve disease. I had never heard of his condition, and it was a lot to process. Other than the chest pain, I didn’t think I was presenting any signs of having a heart condition. I later learned that the panic attacks, palpitations and racing heartbeat I occasionally woke with was in fact atrial fibrillation, a condition linked to heart valve disease.

I remember being nervous leading up to my treatment because it was an emotional process. I met a lovely lady in hospital, who gave me a huge hug before I went down for surgery and said she’d be waiting when I woke up. Making this connection with another patient was very special and helped me stay positive in the first days of recovery. Six days after my mechanical valve replacement I left hospital, and my sister took care of me. I had a tough recovery, as it seemed to take a long time to feel that I had any energy. Sadly, I wasn’t well enough to go to cardiac rehab but hope to go soon. I think it’s good to know what you are capable of, and have someone guide you in your recovery.

Prior to my operation I was keen to learn as much as possible about my condition. While I realise some people may not want to know, I felt that the more I knew the better prepared I would be. For example, after my surgery I woke up on a ventilator. There's so much information to take on board, I hadn’t prepared myself to be on a ventilator when I woke up until I Googled the treatment process. In hindsight, I wish I had asked more questions, and prompted the doctors to give me more information. I think the advice Heart Valve Voice give about explaining your understanding of the treatment back to your doctor is helpful, as it ensures you fully understand the process.

My advice for anyone concerned about getting a mechanical valve is that the tablets are not such a terrible thing to live with. Yes, my valve ticks a lot, but I’m used to it now and hearing it is reassuring! It was only about nine months after my surgery that I felt close to being fully recovered, and to celebrate this milestone I booked a trip to Hong Kong and Thailand to visit my family! I’m looking forward to travelling more this year, getting myself out there and seeing more of the world. Thankfully, my mechanical valve doesn’t set off the alarms at the airport!