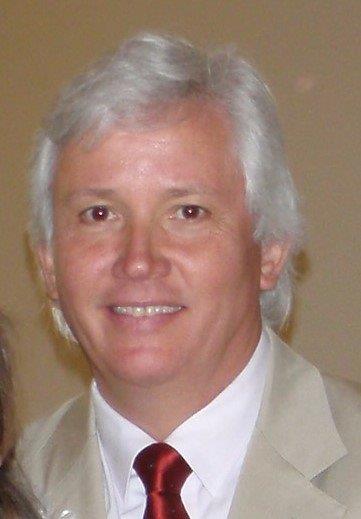 When David Eaton’s life and career were suddenly placed in jeopardy by a mystery illness and painful headaches, he never thought that his heart might be the cause. Unknown to him, his aortic valve had been under stealthy attack from bacteria, caused by a condition called endocarditis. An injury sustained thirty years ago to his lower jaw was most probably to blame and as a result of the infection David underwent an aortic valve replacement.

Since working for the iconic Vogue magazine as a young man, David Eaton (63) has made a career out of the design and production of silk for the fashion industry. From his UK base in London, he travels constantly between the capitals of Europe. So when he began to feel poorly in January 2017, he blamed himself for overdoing things. For a businessman with apparently robust good health, the onset of a debilitating headache combined with feeling very unwell were most unwelcome.

“People would say I wasn’t looking too good and I’d tell myself it was because I was burning the candle at both ends. I fully expected that a few good nights’ sleep would cure me – but then I’m a stubborn old Yorkshireman.”

The headaches persisted, but David was content to agree with his GP it was tiredness. Then in June 2017 while travelling back from Barcelona, his colleague told him ‘I’m taking you to hospital as soon as we get home.’ he was then sent by his GP to a Rheumatology consultant at Princess Royal Hospital in Haywards Heath and diagnosed with Big Cell Arthritis and prescribed Steroids.

The painful headaches then diminished for a time, only to eventually be replaced later by a vicious backache. “It was so bad that I was literally staggering around the village where I live. People urged me to return to hospital for further investigation.”

Examinations indicated that David’s heart was healthy and as he had no family history of heart complaints or other associated concerns, the Rheumatology Consultant at Princess Royal referred him for a number of tests including a Pit Scan and then to the department of haematology, and onto ophthalmology. It was here he was told he had black spots on one eye. He was allowed to return home, but soon afterwards received a call asking him to go back for a further blood culture test. He presented himself to A&E as it was after 5pm on a Friday evening, and a nurse promptly escorted him to a side room, and asked him to wait there.

“At around 8pm, a Cardiac doctor entered the room and proceeded to listen to my heart with great thoroughness and intensity. He was so calm and I was a great comfort to be around. Eventually, he said: ‘You are a very lucky man, Mr Eaton. The good news is, I know what your problem is and my diagnosis will be confirmed tomorrow morning. Meanwhile you are going to be here a long time because the bad news is, there’s no bed for you.’”

It was the early hours of the morning before David was able to rest his aching head on a pillow, and not for long, because his diagnosis came soon afterwards. As the doctor suspected, David was suffering from endocarditis, an infection of the heart caused by bacteria travelling in the blood stream from beneath the teeth to the heart.

In most healthy people, the immune system will neutralise these naturally-occurring bacteria; regular visits to the dentist and good oral hygiene are important too. Trauma can also seriously compromise this natural protection system, and in David’s case an incident with his lower jaw some thirty years previous had probably triggered the steady build-up of bacteria around his heart.

He was placed in the care of a cardiologist who later explained that a sack of bacteria had collected around his aortic valve, preventing that valve and possibly others, from working properly. The only treatment was surgery, which took place in April after David received a six week course of strong antibiotics intravenously administered every 4 hours.

“My consultant cardiac surgeon, Mr Ishtiaq Ahmed [Royal Sussex County Hospital], said my case was unusual as he would only know for sure if other valves were affected when I was on the operating table, and he would decide how to proceed at that point. He asked if I’d mind students being present to see this decision-making process being made in a real-life situation. I had no problem with that.”

David’s successful minimally invasive keyhole procedure was a success and thankfully only his aortic valve needed to be replaced with a tissue valve. The only set-back came after his transfer to a ward, when he suffered a bout of atrial fibrillation (AF), one of the possible after effects of any heart surgery.

“I have never been as scared in my life, but the wonderful nurses took it all in their stride. They told me to remain calm and that they were in charge of my body and that I was to go to sleep, which I did after I was given an injection,”

After a short stay in hospital and with his AF under control, David was sent home to begin his recovery. While his ordeal has been trying and something he wish could have been avoided, it has been a lesson is the importance of taking care of himself. For David, regular dental care will be a big part of the long-term management of his heart health. “I have never shirked a visit to the dentist but this diagnosis called for excavation work on an unprecedented scale. The root of at least one tooth was taken out and several other teeth were wrapped at the base with titanium bands to help keep bugs at bay.”

Now that his life is free of pain and his energy levels have returned, David is able to return to his twin passions: the printing of beautiful silks, and his archive of heritage and historical textile designs.