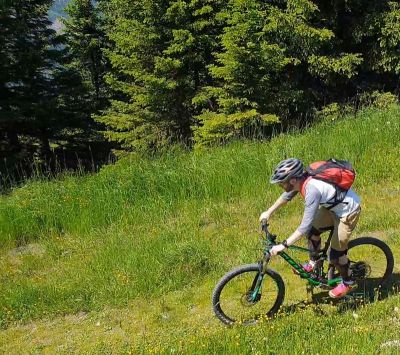 Daniel Colgan was first diagnosed as a teenager with heart valve disease. The disease was discovered by accident when he was in hospital for an unrelated sport injury. Fast forward a decade and after being asymptomatic for most of his life. Suddenly Daniel started to experience new symptoms and went down hill dramatically.

After being told that due to his age he would receive a mechanical valve and have to be on warfarin for the rest of his life. Daniel started looking into other treatment option as he didn’t want to give up his adventurous lifestyle.

Working as a designer for supercars and leading an energetic lifestyle of mountain biking, hiking and karting he didn’t want to be restricted with life long medicines. Daniel experienced no symptoms of heart valve disease despite being diagnosed as a teenager. However, he continued to have regular ECG (Echocardiogram) with the cardiologist and the doctor determined that Daniel should have his aortic valve replaced.

After researching alternative treatments he came into contact with Professor Olaf Wendler, from King’s College Hospital. Professor Olaf Wendler explained that there is a possibility of having a tissue valve instead but warned him that the valve wouldn’t last him for the rest of his life. Daniel agreed that this was a risk he was willing to take, knowing that a second procedure required but the trade-off of no medication was too appealing. This shared decision making empowered Daniel, and Professor Olaf Wendler then transferred him over to his waiting list.

“At first I was asymptomatic however, when I started to get symptoms my fitness deteriorated extremely quickly. Within a matter of weeks I went from being able to run 5k comfortably to losing my breath going up the stairs.” After having a bad case of AF (atrial fibrillation) in the weeks prior to his operation, Daniel was brought quickly into hospital.

“Recovery was tough in hospital. I reacted poorly to the combination of anaesthetic and morphine, I was quickly taken off the morphine even though I still had my main drain line still in. I was in a lot of pain but the nurses where attentive and pulled everything out the bag to make sure I was improving. ”

In spite of having a bad first week after the operation, Daniel recalls there was an immediate difference in how his heart felt straight afterwards. Then one month after being discharged from hospital he could walk up the stairs with no problem despite it being a struggle before his operation. With continued help from the cardiac rehab team, Daniel improved and was back to enjoying his adventurous lifestyle in no time.

“About 4 months after my operation I was able to go mountain biking again in the Alps. Being at the top of the mountains for the first time after my operation was a moment I’ll never forget, it was pure emotion because at some points during my recovery I didn’t think I would get there again.”

We hope the best for Daniel and his new valve and are thrilled to see him going from strength to strength. One of our main goals at Heart Valve Voice is to empower patients to learn as much as they can about their treatment options and to feel confident in discussing these with their clinician.