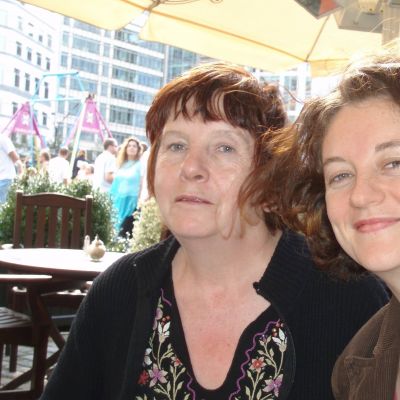 Breda Sullivan and her daughter

For former mental health social worker, Breda Sullivan, 68, “not feeling right” was a frustrating fact of life until she was given a simple stethoscope check.

Many visits to one primary care practice then another and multiple ECG examinations all failed to detect a problem with Breda’s heart. Yet she knew something was wrong and wrote to her GP insisting on seeing a specialist. For some reason the letter got lost at her GP’s practice so Breda went in person to insist that action was taken without further delay.

Breda was seen by a different clinician who decided to give Breda a stethoscope exam. This simple exam was the key to Breda’s eventual valve disease diagnosis as the doctor was able to pick up on a tell tale murmur in Breda’s heart.

The murmur acted as a red flag and Breda was promptly seen by a consultant who diagnosed aortic stenosis and revealed that in Breda’s case, it was in fact congenital heart valve disease, meaning Breda had been born with it. Breda was treated with open heart surgery in 2008 at the age of 58 where she was fitted with a new tissue valve.

“I was told that if I’d waited even six months longer, it could have been too late. Yet I’d lived a full professional life in social work and as a probation officer until my retirement, completely unaware that I had heart valve disease or of the seriousness of my condition,” said Breda, who also enjoys walking and aqua aerobics.

Like many patients with heart valve disease, Breda had become accustomed to living with a range of symptoms including intermittent palpitations, a strong, insistent heart beat when she put her head on the pillow at night and feeling light-headed or dizziness on occasions.

“These symptoms did not stop me getting on with my life and bringing up two children, but in the five years or so before my diagnosis I definitely knew something was wrong. It was deeply concerning to be told by different doctors that nothing was wrong with me.”

Ten years on from life-saving surgery, Breda is preparing for a follow up treatment. As informed by her clinicians, her tissue valve was expected to last about ten years so it is now time for her to have a replacement. The best treatment will be decided by her cardiologist and the her medical team. Breda has been referred to Guy’s and St Thomas’ Hospital in London and will find out soon what her next steps will be.

“If my experience with valve disease has taught me anything it is that you should trust in yourself and in your instincts,” said Breda. “It pays to insist you have your heart listened to if you suspect something might be wrong, it could save your life as it did with me.”

We wish you the best of luck on your treatment and a speedy recovery!