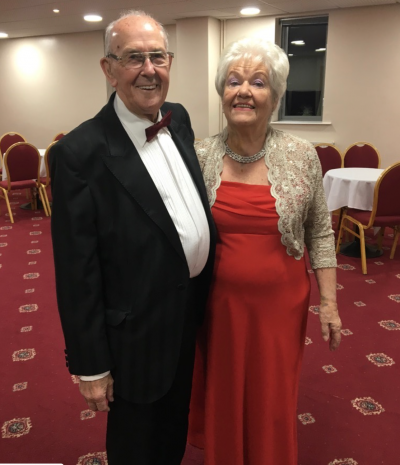 Anne and her Husband

Anne has always kept herself busy even after her bypass surgery. The retired OFSTED Inspector can often be found immersed in her charity work, playing bridge, running around after her family or off travelling to new places. She had been feeling fine in the years since her heart surgery, but in the days leading up to her holiday in Turkey she began to feel un-well. However, her doctor cleared her to go, so she decided she would still go.

Unfortunately, the first day into her holiday, Anne’s illness began to get worse. She was admitted to the local hospital in Turkey where she found out she would need to have her gall bladder removed. It was during this ordeal that Anne first became aware that there was something else wrong with her heart. Her surgeon advised her to see her cardiologist as soon as she got home as he had picked up a murmur in her heart. She was tempted to ignore his wishes as she couldn’t bear the thought of more heart surgery. But her surgeon persisted and visited her every day during her stay in hospital eventually making her promise to make an appointment with her cardiologist.

“That doctor in Turkey probably saved my life, because when I did see my cardiologist, he found that my aortic valve had to be replaced and there was no ignoring it. It surprised me as I’d had no chest pain, breathlessness, fatigue or dizziness.” These were symptoms Anne recalled from before her bypass, with one specific memory being of climbing the stairs at work with a pile of books and paperwork and becoming so breathless that she collapsed from the pains in her chest.

Some people with heart valve disease may have a similar experience to Anne and not notice any symptoms before being diagnosed. This is what is called being asymptomatic and why for some people valve disease comes as quite a shock. However, in Anne’s case her cardiologist noticed subtle symptoms that may not have been as obvious to Anne such as activity related fatigue which is often disregarded as a sign of getting older.

Anne was dreading the thought of another long recovery from open heart surgery as she had been in hospital for five days back in 2003 for her previous treatment and took six months to fully recover. Faced with the same prospect this time around, Anne was concerned about how the surgery would impact on her life and her plans to see her granddaughter’s wedding in Australia in a few months. However, there was good news and she was immensely relieved when her multidisciplinary team assigned to her case decided that she was a good candidate for the minimally invasive TAVI procedure. She was even more thrilled because it meant she would recover in time to fly to Australia to watch her grand-daughter get married.

So, in October of 2016 she took a break from her busy schedule of charity work, singing with the community choir, playing bridge and keeping up with her four sons and their families, to have her TAVI procedure on a Monday. Anne had organised a black tie ball for her church on the following Friday, and thought she would surely have to sit it out at home, but the treatment was a great success and Anne was able to attend after all. Less than four months later she was boarding a flight to Brisbane in Australia.

“Anne was an excellent candidate for a minimally invasive procedure given her age and her active lifestyle,” said her surgeon, Dr Ranjit More, Consultant Cardiologist from Blackpool Victoria Hospital, who carried out her procedure. “For Anne, a quick recovery was ideal and the team and I were very happy to help Anne get back to her life to enjoy her charity work and her family wedding. Anne’s case is a great example of the importance of timely diagnosis and treatment for valve disease.”

“I have nothing but praise for the doctors, surgeons and nurses at Blackpool Victoria Hospital,” said Anne. “They have saved my life not once, but twice, and I am delighted that the only charity devoted to heart valve disease, Heart Valve Voice, has asked me to sit on the committee to organise the inaugural TAVI Ball in their honour.”

And we’re honoured to have you with us! However, plans for the ball are on hold until Anne and her husband return from another trip to Australia – this time to meet their new great grand-son.